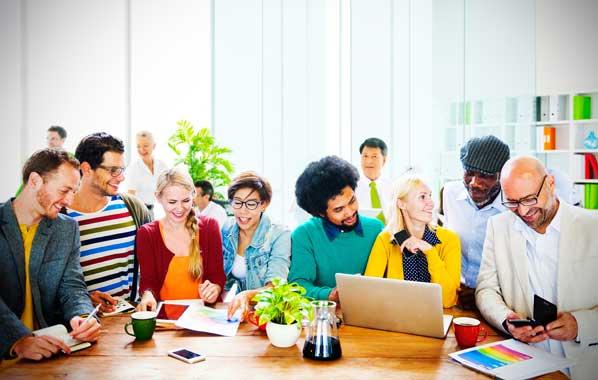 If you’re like us, you’ve been hearing a lot about how important corporate culture is to attracting and retaining top talent. It’s worth paying attention to: did you know that misalignment with corporate culture is a key reason why employees will leave an organization? In fact,  it’s such a critical aspect of employee retention that the CHPR BC and Yukon devoted their entire Winter 2017 issue of People Talk to culture in the workplace.

In a nutshell, corporate culture can be described as: “the way things are done around here.” In this post, we’ll go over the five main elements that create culture and then show you how one company, WestJet, is leveraging it to become a top employer.

The Five Elements of Corporate Culture:

What do employees tell each other about about what happens in the organization? It’s the stories that circulate through the infectious grapevine that really give the signals to employees about what the organization cares about and stands for. Do employees talk exuberantly about the heroes’ reception their colleague received after closing a big sale? Alternatively, are there office legends about the boss’ over-the-top reactions to poor performance indicators?

You may think that this refers to the official corporate values that accompany the mission statement, but culture is often more likely to be shaped by the unspoken ones that are communicated through the organization’s actions. For example, your company may hold frequent charity drives to support a local shelter, thereby demonstrating their values of community involvement and giving back.

When you walk into an organization, what do you see? Employee pictures on the wall may signify an appreciation for the people that work there. Large personal offices and then rows of cubicles is likely a sign of a hierarchical culture where distance is kept between managers and line employees. A games room may indicate a social culture where interpersonal relationships are emphasized.

This could refer to things from how people typically spend their lunch break (hopefully not at their desks!) to how they address or sign off on an email. We know one organization that agreed to limit their emails to three lines out of respect for everyone’s time, which demonstrates the fast pace at which employees are expected to act. Another company we know hosts wine parties for staff in the boardroom at 4pm on Fridays. Cheers!

What’s the vibe like in the office? It could be a friendly atmosphere where people are generally happy and get along. Maybe it’s fast-paced and everyone is working hard towards a shared deadline. Or, do co-workers operate with a sense of distrust, fearful that someone is watching their backs and ready to move in should they make a mistake? These five elements develop organically in any organization over time, and regardless if your business has actively analyzed its culture or not, it does have one and it is already impacting your employees. Let’s look at an example of a company that has leveraged their culture creation to sky-high success, WestJet.

So how does this affect WestJet’s ability to attract and retain talent? The airline has positioned itself as an employer of choice: WestJet has claimed to receive over 68,000 resumes in a year. They have also been ranked as a top employer in Canada by multiple sources. More importantly, WestJet reports a steady turn over rate (about 8% in 2014). WestJet has been able to attract and retain employees by creating a culture that respects their employees and in turn benefits their customers.

Did you enjoy this look at creating culture? Read part two in our culture series about the importance of psychological safety in the workplace.