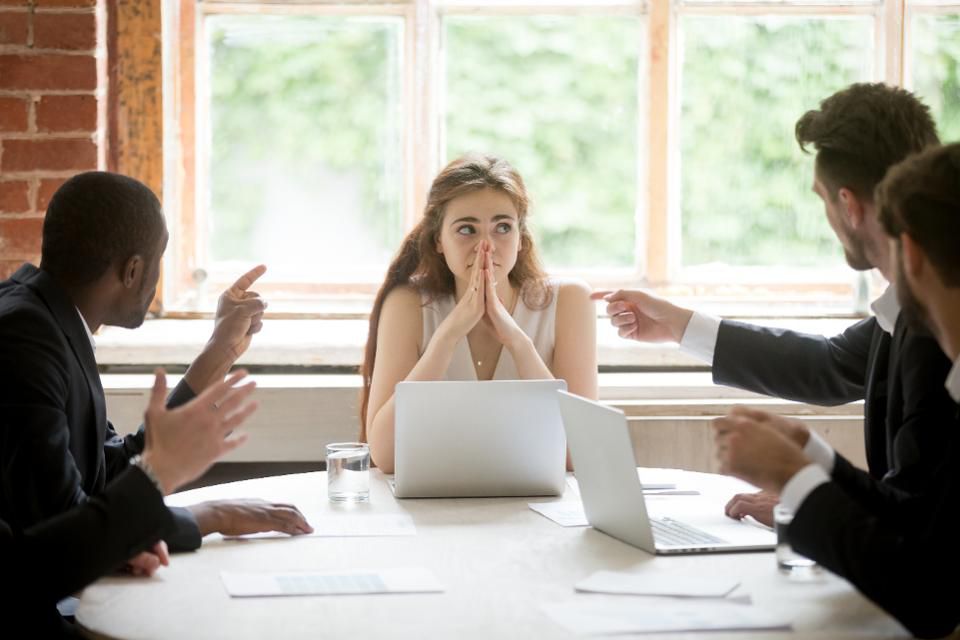 Once upon a time, in a land not so far away, there was a  marketing team that was working hard on a rebranding strategy for their company Acme Industries Inc. On the day our story takes place, manager Ali gathered the team together for a last-minute meeting before presenting their work to the Board the following day: “The strategy is almost there, but it’s not quite ready for me to present to leadership. I need you all to put your heads together and come up with a stroke of creative genius that will wow the higher ups. We’ve got a half hour to hash this out. Gimme your best ideas… now!” The two senior staff, Francis and Alex, spoke up right away, shouting over each other to make sure Ali heard their ideas. Up went graphic designer Kiran’s hand, competing to get Ali’s attention over the melee. Meanwhile, Chris, a junior marketing coordinator, sat back quietly, crouching further into the corner of the meeting room, hoping not to be noticed. Unfortunately for Chris, Ali decided to calm the scene by calling on each individual separately… beginning with Chris, who quietly offered: “How about we focus on what the research has told us, and develop our social media presence to increase our brand awareness?” . “What a ridiculous idea” scoffed Alex. “Everyone knows the best way to roll out a new brand identity is through television and radio spots, that’s where the money should go. Didn’t you go to marketing school?” Chris shrank back, and didn’t offer any more ideas throughout the meeting. In fact, after Alex’ reprimand, Kiran stopped participating too, and Francis just got louder. Ali called the meeting after 15 frustrating minutes, no better off and even more stressed about the pending presentation. “What a waste of time that was. I don’t understand what happened. They’re all so talented, why can’t we get through a simple brainstorming meeting?” Ali despaired. “I guess I better roll up my sleeves and figure this out myself. So much for my Game of Thrones party tonight”.

Have you ever participated in a meeting like the one described above and felt discouraged, or watched in horror as discussion descended into chaos, or worse, became silent? If so, you have witnessed what happens in an environment where psychological safety does not exist.

What is Psychological Safety?

Harvard’s Amy Edmondson claims that psychological safety describes a team climate characterized by “interpersonal trust and mutual respect in which people are comfortable being themselves”. Google defines it by asking “Can we take risks on this team without feeling insecure or embarrassed?” In the example given by our fictional story above, the answer to this question is decidedly no, giving us a clear picture of what it looks like when there is no psychological safety on a team: stifled creativity, silenced and ineffective employees, and a frustrated manager.

What Happens Without Psychological Safety?

How to Create Psychological Safety

There are lots of ways you can foster psychological safety within a team, and we encourage you to read Google’s’ recommendations  and watch Harvard Business School’s Amy Edmonson’s TEDTalk on the subject for more ideas.

To get you started, we’ve got some helpful suggestions for you to put into practice immediately:

This is the second and concluding part of our series on creating a winning workplace culture. We invite you to read part one here.